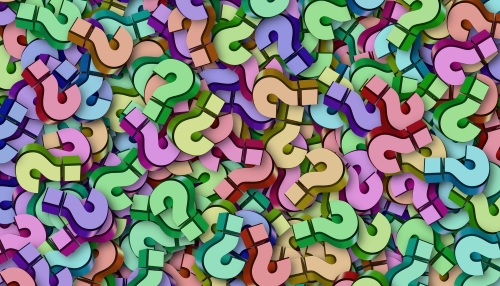 SQL Server 2017 introduced a new security restriction for SQLCLR in the form of a system configuration option named, “CLR strict security”. So far, this series – SQLCLR vs SQL Server 2017 – has mostly focused on the publishing / deployment aspect of working with Assemblies within this new restriction. However, there might be additional implications of what can be done once an Assembly is loaded. The documentation seems to suggest that the PERMISSION_SET values of SAFE and EXTERNAL_ACCESS effectively no longer exist. Let’s look at the exact wording of the documentation and run a few simple tests to see: a) what SQL Server – the true authority – actually allows, and b) if the documentation accurately reflects that functionality.

The documentation for both CREATE ASSEMBLY and ALTER ASSEMBLY states (as of 2018-10-30):

⚠ Warning
CLR uses Code Access Security (CAS) in the .NET Framework, which is no longer supported as a security boundary. A CLR assembly created with PERMISSION_SET = SAFE may be able to access external system resources, call unmanaged code, and acquire sysadmin privileges. Beginning with SQL Server 2017 (14.x), an sp_configure option called clr strict security is introduced to enhance the security of CLR assemblies. clr strict security is enabled by default, and treats SAFE and EXTERNAL_ACCESS assemblies as if they were marked UNSAFE. …

And farther down on that same page, there is a note stating:

The last sentence in each of those quoted statements certainly does seem to be saying that when “CLR strict security” is enabled, then UNSAFE is effectively the only PERMISSION_SET, or stated another way: then PERMISSION_SET effectively no longer has any effect. However, as usual, things are perhaps not so simple given that the wording is not explicitly stating that. It would be rather easy to add a few words to both statements to indicate that the PERMISSION_SET property is now being ignored. Other documentation makes similar claims (for example: allow updates Server Configuration Option). So, did they fail to explicitly state this, or was this not stated because it is not what is actually happening?

Next, we need to make sure that the “CLR strict security” instance-level configuration option is actually enabled, since that is the basis of this new security context that might be affecting the PERMISSION_SET property.

As you can see, my instance does indeed have “CLR strict security” enabled. If it wasn’t enabled, I could execute the two EXEC statements to enable it.

Next, we create the testing database if it does not already exist:

Now, for the first two tests I will use two different functions from the Free version of SQL# (a SQLCLR library that I created). While SQL# does contain many more functions than we need for these tests, the installer already handles enabling “clr integration” if it’s not already enabled, and setting up proper security. The SQL# installer does not disable “CLR strict security”, and it does not set TRUSTWORTHY to ON; it uses module signing ( https://ModuleSigning.info/ ). That’s several steps that I don’t need to re-create for the simple, quick tests that we are doing here.

Install SQL# ( https://SQLsharp.com/free/ ) into the [PermissionSetTest] database (requires editing only the USE line of the install script).

We already verified that “CLR strict security” is enabled. Here we will verify that the database property of TRUSTWORTHY is disabled, which is the better / preferred security setting:

And we see that TRUSTWORTHY is disabled. Great.

Next we verify that the Assembly containing the SQLCLR code that we are about to execute is marked as PERMISSION_SET = SAFE. We are verifying this because the documentation seems to be suggesting that when “CLR strict security” is enabled, the Assembly will be “treated as being UNSAFE“, which allows for accessing external resources.

And yes, the Assembly is marked as being SAFE.

The current PERMISSION_SET on the Assembly does not allow this operation (SqlClientPermission).
Please execute the following SQL in order to fix this:
EXEC SQL#.SQLsharp_SetSecurity 2, N’SQL#.DB’;

It looks like we actually do not have the ability to access external reources. So we can execute the command suggested in the error message to see if that helps. And then we will verify that the PERMISSION_SET was changed.

Now that the PERMISSION_SET is EXTERNAL_ACCESS we will try again:

Ah ha. This time it worked.

For the second test we will execute code that requires the Assembly be marked as UNSAFE. The function is supposed to play a specified frequency for a specified number of milliseconds. This will work if you are using SQL Server Express LocalDB, which runs in user-mode and not as a background process, but otherwise you likely won’t hear anything. Either way, whether or not you can hear the tone has no impact on the permissions required to execute the code.

System.Security.HostProtectionException: Attempted to perform an
operation that was forbidden by the CLR host.

The protected resources (only available with full trust) were: All
The demanded resources were: UI

Just like the first test, the Assembly being marked as SAFE did not allow the code to execute. And this time the actual .NET error message comes through and even mentions “full trust”, which equates to UNSAFE.

So let’s try the next level of permissions:

That returned the same error:

System.Security.HostProtectionException: Attempted to perform an
operation that was forbidden by the CLR host.

The protected resources (only available with full trust) were: All
The demanded resources were: UI

Ok. Now we can try setting the Assembly to UNSAFE:

And that finally worked. Once again we see that in terms of executing code, each PERMISSION_SET works just as it always had; there is no change in behavior from previous versions.

For this test we will once again verify that “CLR strict security” is enabled. Then we will enable the database property of TRUSTWORTHY. While it is generally a bad idea to enable TRUSTWORTHY, doing so is one of the ways to get Assemblies to load if “CLR strict security” is enabled. The idea here is that we will create an Assembly that has a static class variable that is not marked as “readonly”. This is violation is something that can be caught when executing CREATE ASSEMBLY and ALTER ASSEMBLY. And, since Assemblies marked as UNSAFE are allowed to have non-“readonly” static class variables, if Assemblies truly are “being treated as if marked as UNSAFE“, then creating the Assembly should succeed, even if marked as SAFE.

The output shown above indicates that “CLR strict security” is still enabled, and now the database property of TRUSTWORTHY is enabled.

The .NET C# code for the Assembly is:

I have compiled that code into a DLL (i.e. an Assembly). We will then store the Assembly’s definition in temp table so that it can be used across multiple queries that are going to be executed individually and not in a batch. I used BinaryFormatter – an open-source tool that I created and host on GitHub – to convert the DLL into a string representation of the hex bytes needed for CREATE ASSEMBLY, broken into lines of 76 digits each. The Assembly definition has been shortened so that it could be posted here. You can get the full script (including all of the T-SQL commands in this post) at PasteBin: “CLR strict security” and PERMISSION_SET.

Now that the Assembly definition is easily accessible (without having to paste multiple copies of that definition into the script), we can attempt the actual loading of the Assembly:

That didn’t work because of the checks performed on SAFE and EXTERNAL_ACCESS Assemblies. This behavior is also the same as it has been in all previous versions, going all the way back to SQL Server 2005 when SQLCLR was introduced. Perhaps enabling TRUSTWORTHY isn’t enough to allow loading unsigned Assemblies?

For this final test, we will attempt to create the Assembly as UNSAFE:

Ah ha. That actually worked. This means that the checks done on the code in the Assembly, when executing CREATE ASSEMBLY and ALTER ASSEMBLY, are the same as they have been since SQLCLR was introduced; there is no change in behavior, at least not in terms of the checking the contents of Assemblies as they are loaded into SQL Server.

Where Does That Leave Us?

So far we have not seen any changes in behavior from prior versions of SQL Server with respect to the three PERMISSION_SET options. Has anything changed?

Yes. One thing has changed: the security requirements for creating SAFE and EXTERNAL_ACCESS Assemblies are now the same as for creating UNSAFE Assemblies. When “CLR strict security” is enabled, and TRUSTWORTHY is disabled, you can no longer create:

And so this is what “being treated as if marked as UNSAFE” actually means.

Given the current wording of the documentation for CREATE ASSEMBLY and ALTER ASSEMBLY, it’s easy to see how people would be quite easily confused about what the PERMISSION_SET property actually does when “CLR strict security” is enabled. It certainly does sound like there is only one effective value when that option is enabled: UNSAFE. But as we have seen, that is clearly not the case.

The reality is that the only change is in the security requirements for creating / altering Assemblies. Going back to the explanation for this change (quoted at the beginning of this post), we can now understand that they are saying: since it is possible to do things in SAFE and EXTERNAL_ACCESS Assemblies that should only be possible in UNSAFE Assemblies 1, we need to provide the same level of explicit trust to all Assemblies, just in case.

And so, putting all of this info and evidence together, we can restate the message as:

” When the instance-level configuration option “CLR strict security” is enabled, the requirements for loading Assemblies having a PERMISSION_SET of either SAFE or EXTERNAL_ACCESS , into SQL Server (using CREATE ASSEMBLY or ALTER ASSEMBLY) and into memory (by accessing anything inside the Assembly), are the same as they would be for loading an Assembly marked as UNSAFE. ”

I will submit documentation fixes for CREATE ASSEMBLY and ALTER ASSEMBLY so that this behavior is stated clearly.

2 thoughts on “SQLCLR vs SQL Server 2017, Part 9: Does PERMISSION_SET Still Matter, or is Everything Now UNSAFE?”